Share
Welcome to the Web Page of Mary Lou and Fred. 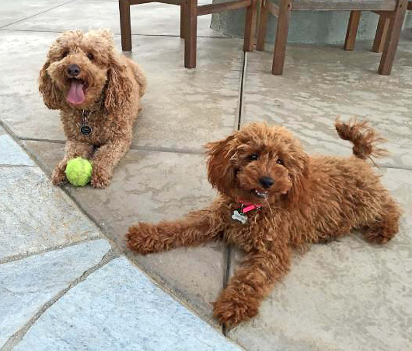 If you have children or pets that play in your yard and you use a pest control service to control insects or rodents, I have a cautionary tail to tell regarding how they lie  about and withhold information concerning the toxicity of the products they use

I was approached by a representative of Moxie Pest Services promoting a yard treatment for insect pests. I told him that I was concerned about such treatments for environmental reasons and because of the potential toxicity of the chemicals used, particularly as to the harmful effects on children and dogs that played in our yard. I explained to the representative how I had once sickened the dogs by treating the lawn with a flea product that I had obtained from a local home center. I was given repeated assurances that the Moxie products were "Pet and Family Friendly" and safe for children, pets and the environment. I eventually gave in and signed a contract for a year’s treatment. The chemicals were applied the next morning.

For nearly 40 years we had a colony of Alligator lizards living in our yard. Both our children and our grandchildren grew up fascinated by their antics. Within hours of the yard treatment I noticed that the colony had been killed off. It doesn’t take much of a stretch of imagination to associate the death of the lizards with the application of the insecticides and the potential for illness of the dogs or even the children. Although we were saddened by the loss of the lizards, it was that event which lead me to investigate the toxicity of the four "Pet and Family Friendly" insecticides they had applied.

The results of my investigation are show below. Suffice it to say that all four of the products applied to our yard were toxic to wildlife, two were specifically toxic to dogs and one to lizards. One, in fact, was the exact same product with which I had sickened the dogs previously. Two are banned in other countries and one is banned in five states in the USA.

I prohibited the grandchildren and dogs from playing in the yard and I complained to Moxie that in contrast to their assurances, the chemicals that they had applied where in fact toxic, that they had poisoned my yard, and that they were not to make any more applications. They offered a backup plan which was to apply only "organic" insecticides. I was told the same platitudes as before and was assured that they would be safe because they were, "organic". I pointed out that poison ivy, poison oak, and poison sumach are organic. So are all poisonous snake venoms. Any insect bite or sting is organic as are all pathogenic bacteria and viruses. Being "organic" doesn’t make a substance safe, and toxic organic substances would seem to be ubiquitous. I insisted on being informed as to what products would be used so that I might research them before they were applied.

This time, what my investigation found was that whereas one half of the chemicals that were applied to my yard with the first treatment were toxic to dogs, all of the "organic" products they were now proposing to use are toxic to dogs and to humans as well! "Pet and Family Friendly" just did not ring true to me any more.

I informed Moxie that I was rescinding the agreement to treat my yard because they withheld vital information about and misrepresented the toxicity of the products they would use, and that their actions had left my yard unusable by the children and dogs for several weeks. They have not respond to or disputed any of my claims but simply turned my account over to a collection agency.

Is Moxie Pest Services unique amount the pest control companies in that they give false and misleading information about the safety, toxicity, and environmental impact of the products that they are applying to ones property? I doubt it. I would imagine that they all use, basically, the same or similar chemicals and make the same unfounded assertions.

Here are the results of my investigation of the products that were applied to our yard. Much of the following information came from the manufactures’ own specifications.

Contains Bifenthrin, known to be toxic to dogs. This is the same chemical that was in the product with which I had sickened the dogs previously. It is thought to be a carcinogen. It is banned in the European Union. Banned also in NY, AK, VI, CT and PR. Also banned in California for some applications.

Stated by the manufacture that it is toxic to dogs and should not be used on animals.

The manufacture specifications state the it is toxic to lizards and other reptiles. That explains what happen to our 40 year old lizard colony. It is also toxic to rabbits, fish and invertebrates. This product is banned in Italy, France, and China.

The manufacture states that it is toxic to fish and invertebrates. Toxicity to other organisms is stated as "not available" because the manufacture claims that the ingredients are proprietary and will not disclose what they are.

As to the "organic" products they proposed to use, as I had done before, I checked the websites of the manufacturers for their specifications. However, the sites showed only labels, gave no specifications, and little information other than instructions for use , warnings, and disclaimers. What I found from other sources, primarily the web pages of veterinarian and animal hospitals is given below

Interferes with the reproductive system of dogs, may induce miscarriage.

Highly toxic if ingested by humans.

Produces irritation of the skin and mucous membranes of humans.

Linked to seizures in dogs

Toxic to dogs by ingestion and skin exposure.

Both Rosemary Oil and Peppermint Oil are considered drugs by the FDA and are cited for "toxicity and other harmful effects". They should be avoided by pregnant women 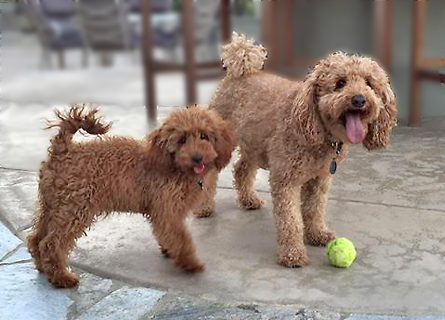